What does OKR mean

OKR stands for Objectives and Key Results. It's a goal management framework that helps companies implement the strategy.

Andy Grove invented OKRs when he was the CEO of Intel in 1970. He was inspired by the Peter Drucker's approach MBO (Management by Objectives). John Doerr worked at Intel and later became an advisor to Google, and encouraged Larry Page and Sergey Brin to adopt OKRs. Which they successfully did during the first year. It supported Google's growth from 40 employees to 100,000+.

Inspired by Google's example, the OKR methodology spread to other Silicon Valley companies.

Some companies that use OKRs include LinkedIn, Airbnb, Spotify, Dropbox, Amazon, Twitter, Booking. But it's not only for tech startups. OKRs are widely used in other industries, for example, Dun and Bradstreet, OpenX, Adept Media, etc. 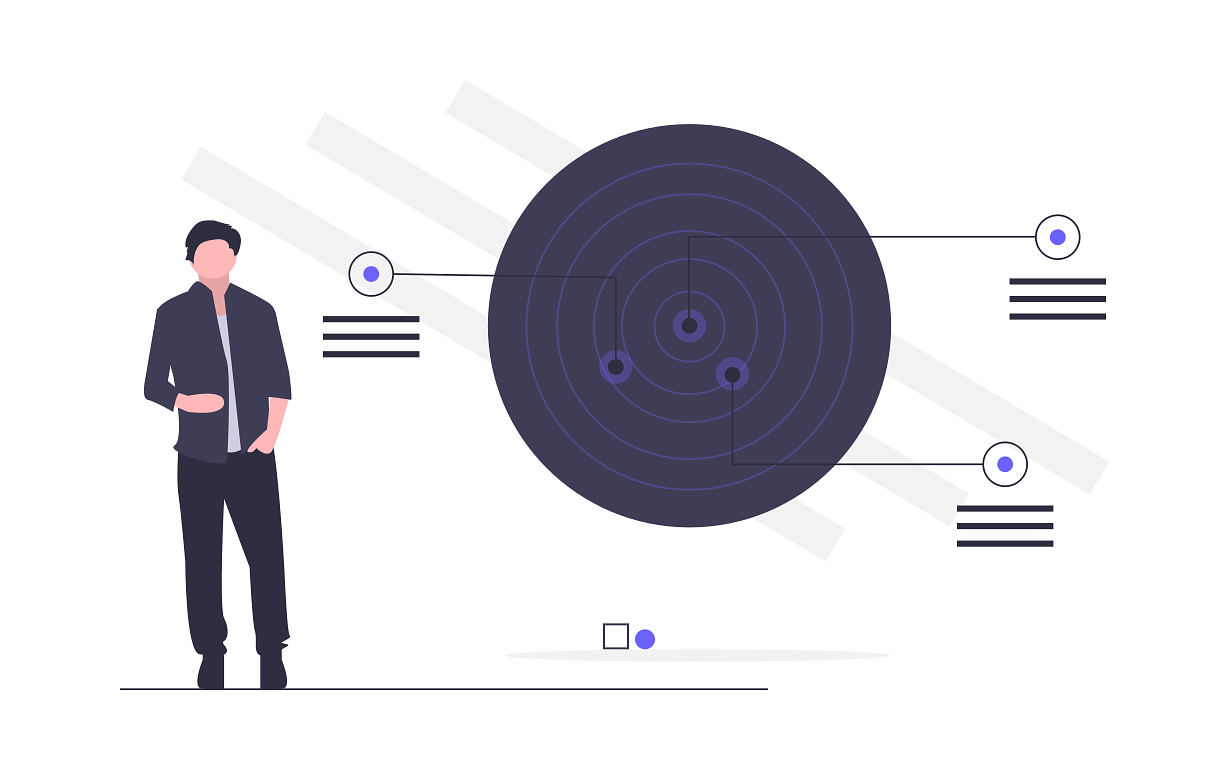 OKR formula (according to John Doerr) is:

Objective — is a memorable description of a goal to be achieved in the future. It's short, aspirational, engaging, designed to give direction, provide motivation, and challenge the team.

Key Results (KR) — are metrics that measure progress towards an Objective. For each Objective, you should have 2 to 5 Key Results. This is not a step or a plan; it's only the most important metric that would signify you've successfully achieved your Objective.

The specific steps you'll make to influence your OKR are beyond the OKR framework and are called Tasks or Initiatives. OKRs are not about listing all your steps or plans. It's about setting the direction and measurable metrics about your progress towards that direction!

Even though launching a product would require a lot of tasks and activities, the team decided to focus only on the key metrics -— signups, conversion rates and getting noticed.

OKR methodology has several principals that make it a unique, and effective approach.

2. Measurable goals
The Key Result should have a number and be tied to a tangible milestone. If it's not measurable, it's most likely not a Key Result.

3. Transparent process
All the Objectives of all departments should be visible for the whole team, so that anyone can check what other teams are working on and if they need to sync/ask for help from others.

4. Bidirectional approach
OKRs use a simultaneous top-down and bottom-up approach. The company (usually C-level) sets the strategic Objectives (top-down) that each department and individual team member should use it to draft their own goals (bottom-up) aligned with the company Objectives. A good rule of thumb is that at least 60% of each should be created bottom-up.

In practice, there are usually 3 levels of OKRs:
Each level has 2-4 Objectives.

It's important to align your OKR between levels, but don't overthink and overcomplicate it. You should trust your team members to sync with each other if something needs to be adjusted along the way!

To leverage the strategic and tactical approach, OKRs have a typical cycle:

At the end of each period, teams grade the OKRs update strategic if needed and set the next cycle. It's usually done during the strategic sessions.

OKRs is an effective approach and might become an important part of running a business. Check out more articles to learn about what are key OKRs benefits and how to get started with Objectives and Key Results.

However, it takes time to adopt OKRs methodology in your team. Few companies get it right from the first attempt. Have the patience to learn and improve with every cycle.

Check out a free OKR tool Plai that will help you manage OKRs in your team.
15 July / 2019
Author: Andriy Bas
Related articles
4 reasons why individual OKRs don’t work
Lear at which levels companies set OKRs and why team Objectives is a preferred approach instead of individual ones.
6 steps to successfully set up goals with OKR
Check out how to get started with OKRs and make them work for your team. Even though the OKR framework looks simple, it’s not easy to implement it correctly and achieve all the benefits of OKR.
6 Benefits of using OKRs
Thanks to the unique approach OKR is designed, adopting OKR methodology positively impacts how the team sets and tracks goals. Check key benefits of OKR.
Subscribe to our newsletter
We use cookies to make your experience better. Check out our Cookie Policy here.
Ok, got it!
Plai
© 2020 Plai Team Inc. All rights reserved.
Powered by Uptech.
Product
Resources
Company